As part of this year’s Role Play Convention in Cologne the coveted RPC Fantasy Awards were bestowed again. In addition to the six main categories in which the users of buffed.de could support their favorite by clicking them, a motley crew of genre insiders also awards, the so-called Jury Award, in various categories. 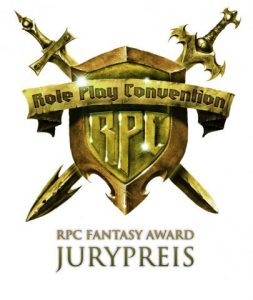 And one of them also garnered Reiter der schwarzen Sonne (Rider of the Black Sun)! Quote: “The jury has never seen such a compelling solo role-playing game as the Rider of the Black Sun-Game Book before: Beginner friendly, yet diverse and challenging and with a great replay value.”

Thanks to all the readers and supporters! Perhaps there is still hope for the traditional RPG Genre of Game Books.